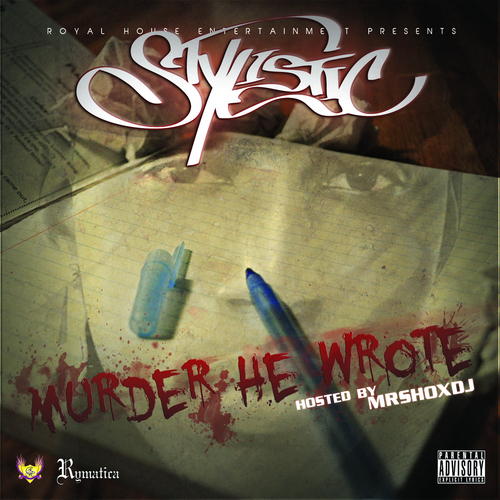 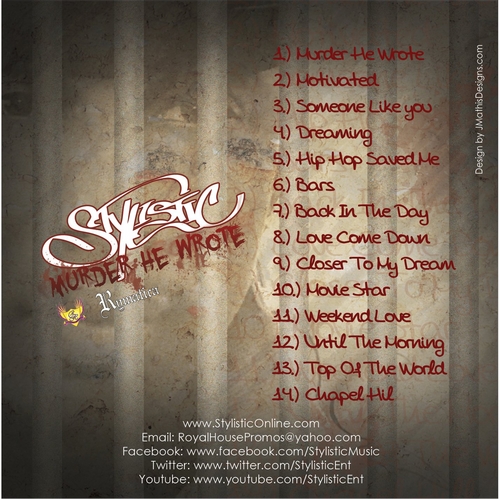 Ernest Fields, better known as Stylistic has done it again with his new mixtape “Murder He Wrote.” You can tell from every track featured why he has chosen the name Stylistic… because of his tendency to change up his flow and style within seconds. If you’re not familiar with Stylistic, he’s a basketball player turned rapper that’s from California but resides in Memphis, TN. He went to Austin Peay State University to further his education and realized that he wanted to take a different route in life and that was with music. And that’s where it all started. From there on the label Royal House Entertainment formed and he began to brand himself and everyone on the roster. I have had the pleasure of knowing this guy and I can say that I’ve seen him grow lyrically from where he first started. “Murder He Wrote,” is his fourth mixtape and it has to be one of his best, thus far. With a great track selection from some hot producers, Stylistic has literally murdered every track and some rappers. From the beginning of the mixtape, to the end, you know that Stylistic has something that can’t be denied and that’s lyrics. There’s no gimmick, it’s just raw talent with the art form of rhyming; there’s still hope for real Hip-Hop/Rap and you can witness it by listening to and downloading “Murder He Wrote,” right now!

For the latest information on Stylistic, visit his official website http://stylisticonline.com/ to stay in the loop about what’s going on.